The Copyright Royalty Board Decision 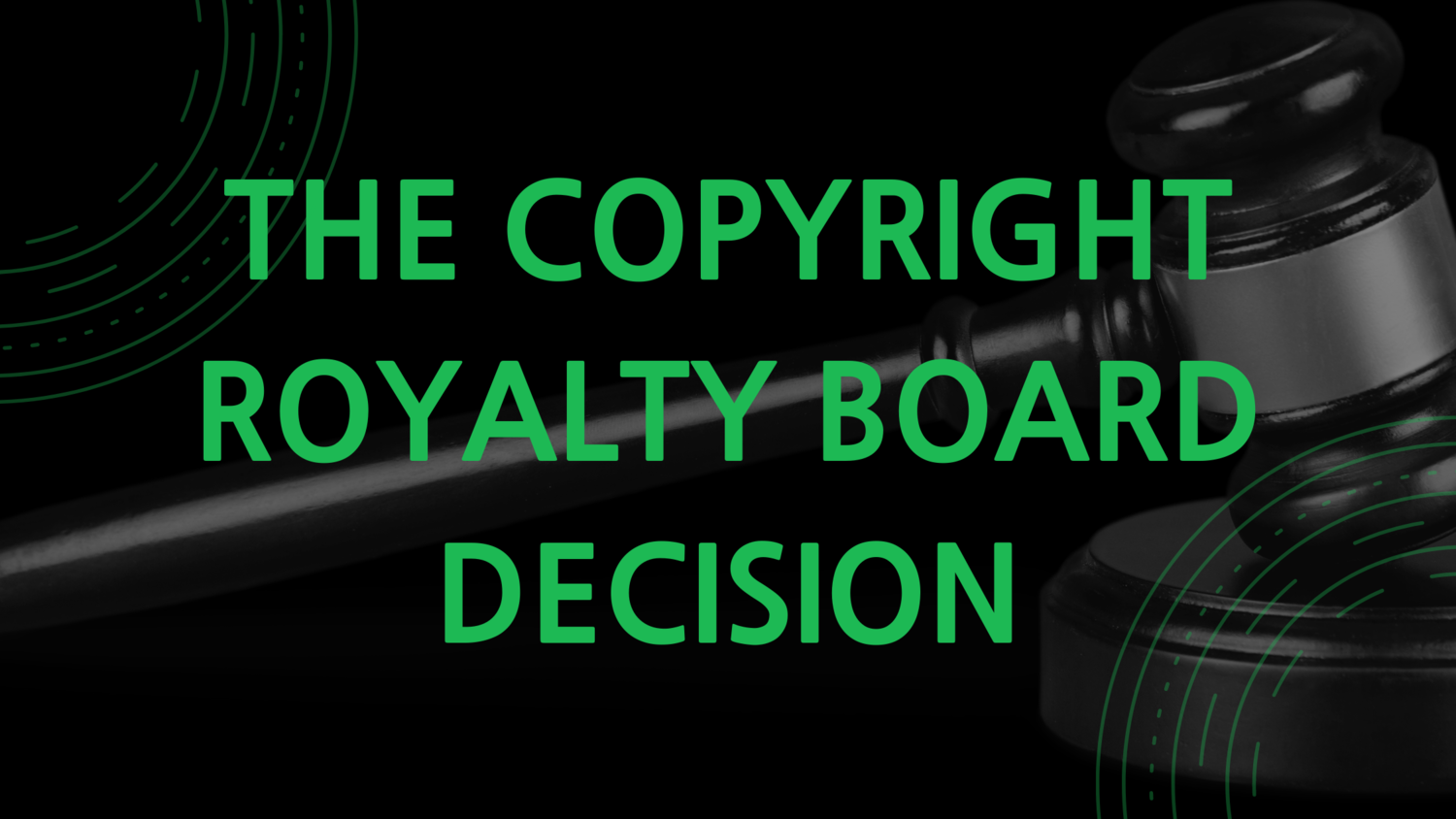 Remember that whole “Spotify is suing songwriters” mess? That thing? You may have heard about the recent DC Appeals Court decision on the Copyright Royalty Board rate increase for songwriters and publishers.  Many songwriters have been asking us what it means.  The short answer is, we don’t know yet for sure, but it’s not good. It all has to be re-argued and the final decision is getting punted into later this year.

In the mean time, let’s discuss the lack of a victory lap by the digital services who “sued.” They got what they wanted.  Why aren’t they celebrating? Is it because it is the zillionth time companies that companies like Spotify and Amazon have fought paying the people who create the thing they sell and maybe they finally understand that’s not the best look for them?

For a deeper dive, please read Jacqueline Charlesworth’s summary of the appeal decision below.  And keep your eyes on this space for more info…

THE COPYRIGHT ROYALTY BOARD DECISION

Every five years, the Copyright Royalty Board, or CRB, sets the rates applicable to the mechanical compulsory license under section 115 of the Copyright Act. The mechanical license applies to the copies of songs made by digital services as well as physical product.

The CRB’s most recent review of rates concluded in 2018, and the rates determined in that proceeding govern mechanical licenses from January 1, 2018 through December 31, 2022. The National Music Publishers’ Association (NMPA) and Nashville Songwriters Association International (NSAI), as well as individual songwriter George Johnson, represented the interests of music publishers and songwriters in this latest CRB proceeding.

The CRB’s 2018 determination, which included the streaming royalties to be paid by Spotify, Amazon, Apple and other digital services, was considered to be a big win for music publishers and songwriters. The CRB determined that the “headline” percentage of revenue rate should be increased by 44% over the five-year rate period, from 10.5% to 15.1% by 2022. The CRB granted the increase in large part based on its finding that songwriters were not earning enough for their work.

The headline rate is one component of the formula used to calculate streaming royalties. Another component is “total content cost,” or TCC. TCC is a percentage of what the record labels get for the use of their sound recordings for the same streaming activity. Under the rate formula, if the TCC calculation is higher than the headline rate, music publishers and songwriters are paid based on the higher TCC component. The CRB also increased the TCC percentage (which had varied depending upon the type of service offering) to become a uniform rate of 26.2% across the board by 2022. So this was another win for music publishers and songwriters.

There was another positive aspect to the CRB’s decision regarding TCC. Previously, the rate formula had prescribed a maximum “cap” for certain TCC calculations. In its 2018 determination, however, the CRB removed that cap for all service offerings. This meant that music publishers and songwriters might benefit more if record companies were successful in negotiating sufficiently high rates in the free market. (Unlike music publishers and songwriters, record labels negotiate without government restrictions when licensing sound recordings for interactive streaming services.) Based on the economic evidence presented in the proceeding, the CRB found that the labels’ free market advantage resulted in an inequitable division of royalties between sound recordings and musical works—with excess royalties going to the sound recording side—and that this inequity could be addressed at least to some degree by uncapping the TCC. The CRB’s approach thus represented a significant step forward for songwriters.

THE DECISION ON APPEAL

Spotify, Amazon, Google and Pandora were unhappy with the CRB’s rate decision and appealed it on a number of grounds to the D.C. Circuit Court of Appeals, including that the services did not have a fair opportunity to challenge the new rate structure during the proceedings before the CRB. NMPA, NSAI and George Johnson participated in the appeal on behalf of music publishers and songwriters. They were supported by Songwriters of North America (SONA) and the Music Artists Coalition (MAC), which filed an amicus brief urging the Court to uphold the new rates. All of the publisher and songwriter parties argued that music publishers and songwriters deserved a raise.

Unfortunately, the services’ efforts to undo the CRB rate increase were successful. The Court of Appeals agreed with the services and vacated (invalidated) the new streaming rate adopted by the CRB—both the headline rate and the “uncapped” TCC rate. The court expressed concern that the streaming services had had an inadequate opportunity to address “such a significant, and significantly adverse, overhaul of the mechanical license royalty scheme.” The court was also troubled about tying mechanical royalties to the “unregulated” rates negotiated by record companies. In overturning the rate increase, the court focused on the potential impact of the raise on giant streaming services rather than the unfairness of low compulsory rates for songwriters.

In its decision, the Court of Appeals ruled on some additional matters as well. It rejected the publishers’ arguments regarding the way revenue should be counted for bundled offerings (offerings that include a song plus another product) and the way subscribers should be counted for purposes of calculating student and family plan royalties. On the other hand, siding with NMPA, it affirmed that the new royalty rates (whatever they may be) will apply as of January 1, 2018 (that is, retroactively).

The case has been sent back to the CRB to conduct further proceedings and reconsider both the rate structure and percentages it adopted. It is not clear how long that will take. Based on the undeniable evidence that songwriters are underpaid, though, we are hopeful that the CRB will do the right thing and reinstate our raise at the end of the day. 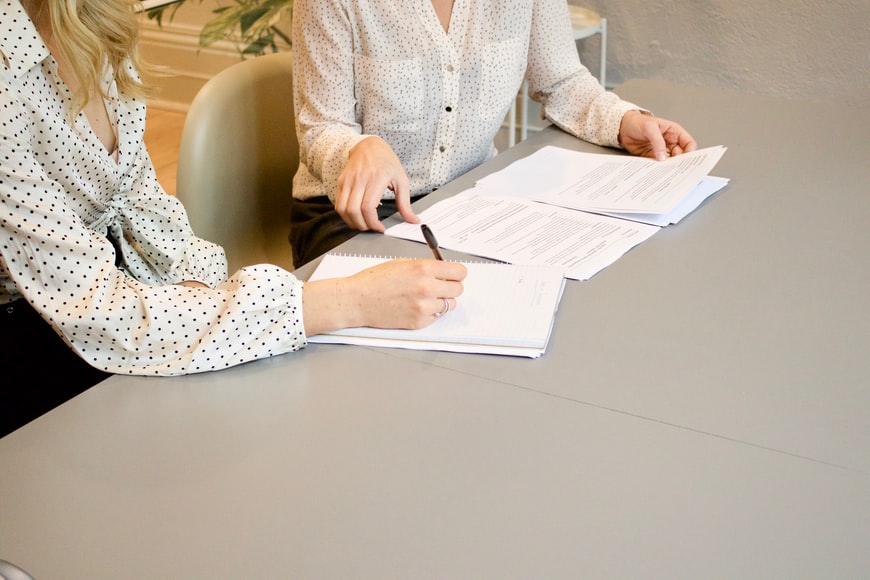 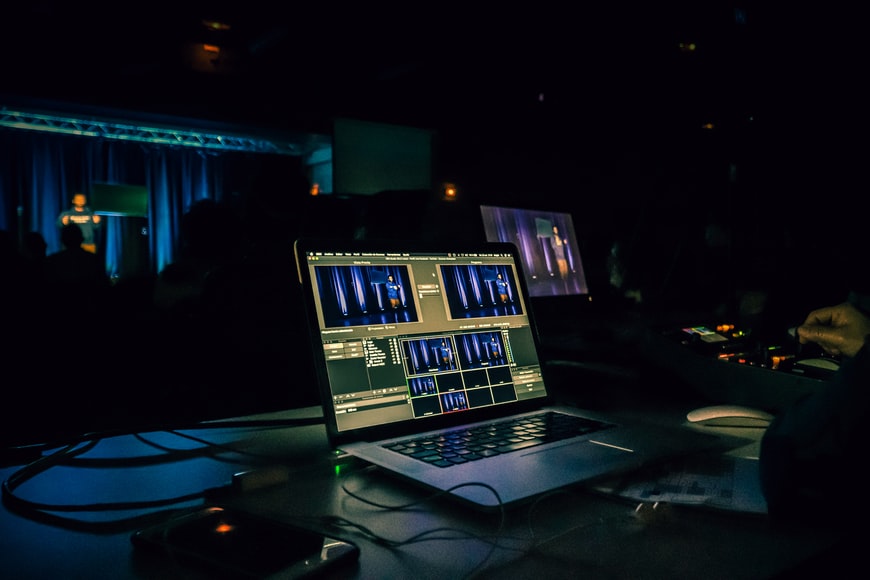 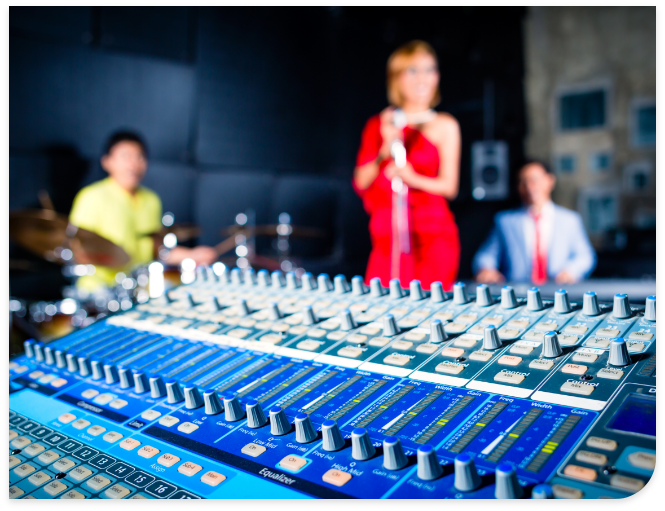